Why are bats beneficial in this area?
Bats are one of the most natural agricultural pest controls you could ever wish for. A typical colony of 150 Big brown bats consumes 38,000 cucumber beetles, 16,000 June bugs, 19,000 stinkbugs and 50,000 leafhoppers in just one summer.

Mexican free-tailed bats within an eight-county region in south-central Texas prevent crop losses and pest management costs estimated at $741,000 per year (range of $121,000 to 1,725,000)

Bat guano (poop), is one of the richest natural fertilizers to be used in agriculture and has been used since ancient times to promote a good harvest. It is especially useful for organic gardening because it contains healthful microorganisms and elements such as nitrogen and phosphorus that work to detoxify the soil. Phosphorous also aids in the flowering of crops and nitrogen promotes stalk and shoot growth.

WHAT PESTS DO THEY EAT? 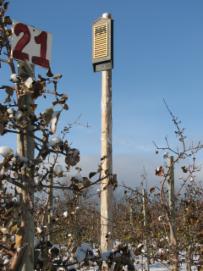 Steve Smith, of Smiths Apples, is one example of an orchard owner who is taking advange of this NATURAL PEST CONTROLLER.  Steve has erected 2 bat houses, which can hold up to 600 bats!!!!.

BENEFITS OF BATS IN RELATION TO ECO-TOURISM 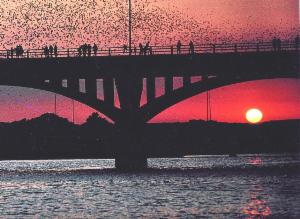 Many states in the USA are realizing the positive tourism spin off from bats.
Every summer night, hundreds of people gather to see the world’s largest urban bat colony emerge from under the Congress Avenue Bridge in Austin Texas. It is estimated that more than 100,000 people visit the bridge to witness the bat flight, generating ten million dollars in tourism revenue annually (Canada hasn't caught on - YET!!!) 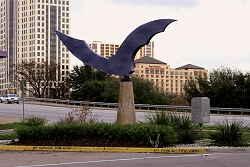 Please note that due to the bat season, presentations are only offered between December and March. 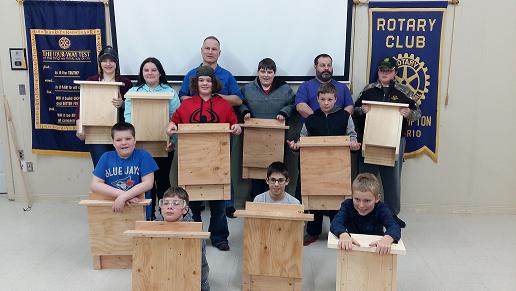 On behalf of the Saugeen Shores Get Outdoors Youth Club (SSGOYC), I want to thank you for coming to our weekly meeting...and teaching us all about bats.

The kids really enjoyed your presentation and learning all about the bat life cycle, the process for evicting bats from buildings and also learning about a 1.5 million bat colony in Texas.

We also had a blast building our own bat boxes and really appreciated you providing the design and cut sheets for those too.  We are looking forward to putting our boxes up all around the community.